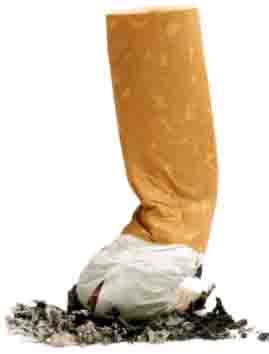 Smoking is a habit with nervous system connections. Habits reside in the subconscious and work automatically without much conscious control.  To change habits requires getting past the protective layer between the rational conscious mind and the habitual sub-conscious mind.  Hypnosis makes that transition easy. Millions have quite smoking using hypnosis and you can too.

I have learned by experience with many, many clients that 3 hypnosis sessions work best for quitting smoking.  Most smokers stop using tobacco after the first session.  The few who do not stop completely cut way down and completely stop after the second session. The third session reinforces your good life without tobacco.

There is lots of support for you at www.tobaccofreelife.org and at www.quitza.com, a social network for support to help you stay tobacco-free.

”Smokers, who quit with hypnosis were twice a likely to still be smoke-free than those who quit on their own.”  —Journal of Nursing Scholarship, 2005

1. University of Iowa meta-study- 1992: Hypnosis RULED in the largest-ever scientific comparison of ways to quit smoking. Results showed that a visit to a hypnotist beat out a psychologist, social worker, psychiatrist and other physicians by a margin of 19% (or one to five). This meta-analysis of 633 studies of quit smoking programs covered more than 72,000 people in America and Europe and was conducted by the University of Iowa. Those who saw a hypnotist had a 3.5 times better result than those trying to quit on their own.

2. Study Review of 59 studies- 2000: Hypnosis had a 50% greater success rate compared to other techniques. Three of the studies (with 200 participants total) documented 12-month abstention rates of 63% to 88%.

4. Texas A & M Health Study- 2004: Twenty-one people received 3-sessions of smoking cessation hypnosis; 81% reported that they had stopped smoking, 48% continued tobacco free 12 months later and 95% said “I was satisfied with the hypnosis approach.”

5. Massive Studies Affirm: 2,810 people, who unsuccessfully attempted smoking cessation an average of 7 times, had a single 60-minute hypnosis session. They were encouraged to use a home audiotape. Several months later, 22% of those in random sampling reported being smoke free.

6. Another report, reviewed a hypnotist’s experience and techniques with 4,355 patients, citing an 81% success rate for smoking cessation.

7. 1970s Report: Smokers attended a single 12-hour group hypnosis session. Though each claimed to have been unsuccessful with other methods,  88% had not smoked 1-year later.

9. Quit Smoking Hypnosis During Surgery: Two studies examined the effect of suggestions to quit smoking delivered during surgery. In a double-blind trial, people listened to audiotapes during general anesthesia containing either simple, direct suggestions to stop smoking or simple counting without suggestions. After 1 month, significantly more in the suggestion group (8 people) had stopped smoking compared with none in the control group. None could actively recall the message on the tape. This study is one of several that support the idea that postoperative behavior can be influenced by suggestions given during general anesthesia. The person doesn’t even need to recall the suggestions.

Above compiled from Denial Is Not A River in Egypt, a book by Dr. Shelley Stockwell-Nicholas, PhD. For additional information, refer to the following research:

All My Pain Relief Tools in Easy-to-Use Paperback